The Word is Murder – Anthony Horowitz 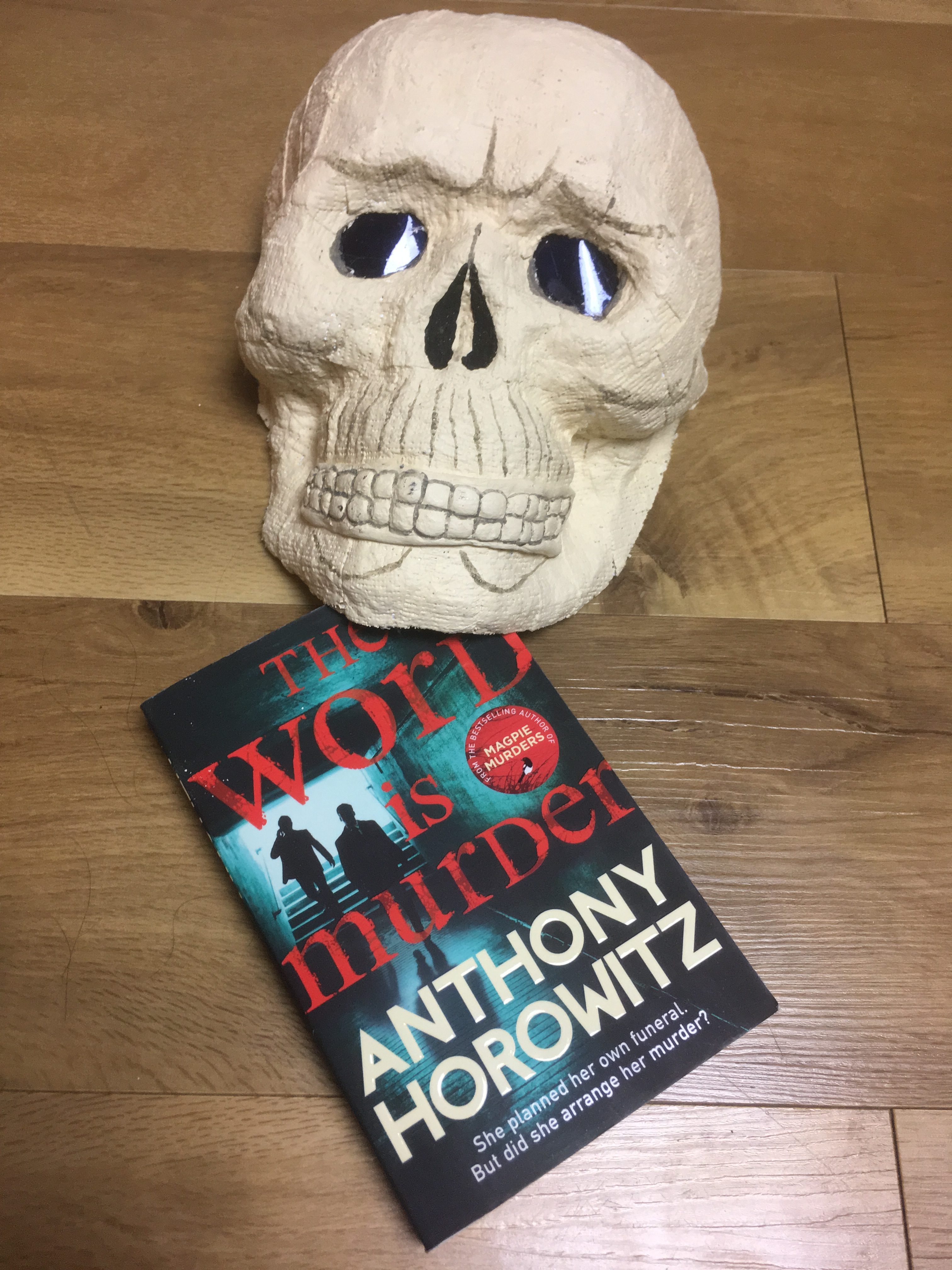 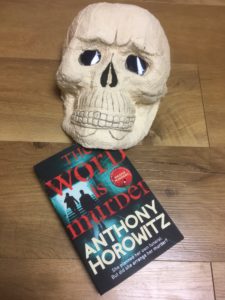 I found this book on offer at my local supermarket. Having never read an Alex Rider novel, I wasn’t sure what to expect, but the idea of Horowitz moving from Young Adult stories into Adult stories intrigued me.

When I picked up the book, I was unaware of Horowitz’s other career achievements in TV and film.

To me he had always been a YA author.

This book struck me as a bit strange and unusual within ten pages. Anthony Horowitz has broken the fourth wall of writing. This in itself is not unusual. It has been done in many novels over the years. What is unusual is that he had made himself a character. And the information he provides about himself is pretty accurate. It makes me wonder how much of the rest of the story is based on real people and real events.

Lemony Snicket, of course, used this method in his ‘A Series of Unfortunate Events’, so it is not a new device, I think I was just a little surprised to see it used in such a way. This is, after all, a murder mystery. It is not as if he is using his voice as a character, he himself is the character, with a real life and a real family and his achievements are real and accurate, his career is real, even his script for Tintin being scrapped is real (although, who knows if it went down the way the describes in the book).

As I read through the book, I realised that there is a lot of factual information about who Horowitz has worked with and what he has worked on. So much so that at times I feel his main characters in the murder mystery are in fact real people. Although, after a few more paragraphs, you realise that he has likely taken the trajectory of one actor’s career, an actor he has worked quite closely with over the years, and lent it to his character. Changing perhaps only the spelling of his name and his, of course, his surname. In a way, this use of real people reminds me of ‘Being John Malkovich’ or James Van Der Beak’s character in ‘The B**** in apartment 23′.

Having now finished the book, I am more and more inclined to believe that this murder actually happened. Both Hawthorne and Anthony are of course real people, the places they visit are most certainly real, and it leads me to believe that many of the events are also. I am still unsure if Horowitz would have been allowed to play as big a part as he leads us to believe, but when you break the fourth wall, you’ve got to be at the heart of the action.

The title of the novel appears on page 25, during a conversation between Horowitz and Hawthorne, he then also makes reference to this at the end of the book. I found this running commentary to the story to be very useful but at times a little off-putting. It is a good story, told well, but I think I found it hard to get over the main device.

The other main character, Hawthorne, reminded me, in a lot of ways, of Sherlock Holmes. Which makes total sense as in 2011, Horowitz released ‘The House of Silk’ the first Sherlock Holmes novel written as a new story with the estates blessing. However, I believe that he is also a real person, but whether he’s as insightful or reserved as his character in the book, is anyone’s guess. 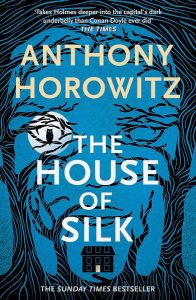 You can purchase The House of Silk by Anthony Horowitz from Forbidden Planet.

The more I read about Horowitz and his career both on and off the screen, the more I realise that he was an ideal choice for such an endeavour.

He has since written a second Sherlock Holmes novel, Moriarty and in 2014, the Ian Flemming estate commissioned him to write ‘Trigger Mortis’, a new James Bond novel. His Alex Rider novels, of course, made him an obvious choice for this franchise as they are often referred to as ‘Teenage James Bond’.

His second James Bond novel “Forever and a Day” has just been released in hardback.

“007 is back. After authentically recreating the golden age of James Bond in his high-speed thriller, Trigger Mortis, Anthony Horowitz is back in Ian Fleming‘s shoes once more.  In Forever and a Day he brings readers an official prequel to Casino Royale, telling the story of the origins of the world’s most famous secret agent.” – Waterstones

The Word is Murder

The story itself is a pretty good one, a murder mystery at heart and one which compels you to read on and learn more. Not just about the murder but about  Horowitz, (or Anthony, as he likes to be called) and Hawthorne themselves.

“A wealthy woman strangled six hours after she’s arranged her own funeral.  A very private detective uncovering secrets but hiding his own. A reluctant author drawn into a story he can’t control. What do they have in common?

Unexpected death, an unsolved mystery and a trail of bloody clues lie at the heart of Anthony Horowitz’s page-turning new thriller.

Spread the word, The Word is Murder!” (sic) – Waterstones

I have to admit, even if this novel weren’t written by a world-famous author like Horowitz, I’d have picked it up, the blurb alone is intriguing. Although, it now gives me pause on the idea of pre-arranged funerals. The story actually turns out to be quite emotional with plot twists galore, most of which I, the reader, did not see coming.

I also found the writing to be easy to follow and fast paced, perhaps this is down to his career in young adult fiction. I did actually find myself steaming through the pages of this book. A great read to take away on holiday or on a long train/plane journey. Reading this book was actually quite pleasurable if at times a little off-putting when Horowitz himself interjects his thoughts and feelings. Definitely worth a read though.