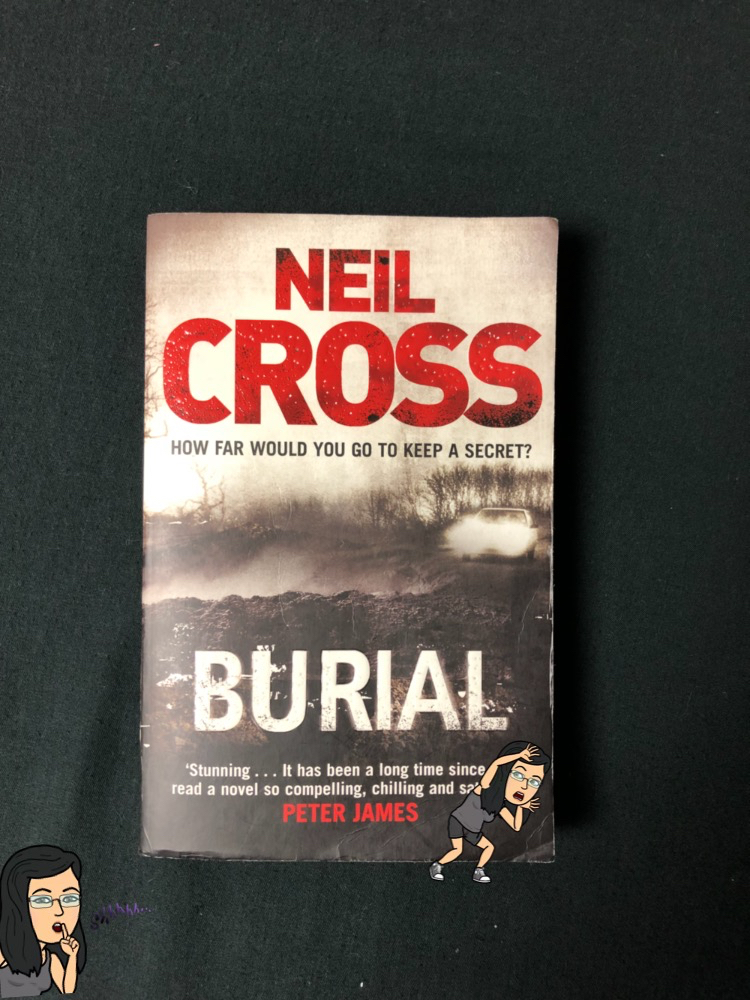 I am a little ashamed to say that this is the first Neil Cross book that I have read. I am a massive fan of Luther and was really pleased to discover that the series also had a series of three tie-in novels.

Neil Cross has written nine books in total and for most, it would make sense either to start at the beginning or with one of the Luther novels. I, however, chose to read one of his stand-alone novels to get a better idea of his writing style.

I love it when books are combined with other media. If you’ve checked out my Instagram you’ll see that I do love a good multimedia tie-in. From Terry Pratchett, via Harry Potter all the way to The Rivers of London series, if there are different media versions or tie-ins in different media’s then I’m there. Give me a good film adaptation, a tv series or an audiobook and I’m there, combine it with a game, graphic novel and display models of characters and I am in love.

This way of supplementing the storylines of Luther with additional tie-in novels is really appealing. So why not choose one of those as my first Neil Cross reading experience? If I’m honest, I didn’t’ want to taint the experience with my love of Luther the TV series. I often find that if you love a character or a series of characters then you can ignore bad writing.

Take J K Rowling as an example, she has done amazingly well and has written a brilliant story which appeals to both adults and children alike, but I genuinely do not feel that the Harry Potter series would have been commissioned on book one and two alone. If she had not submitted the overall story arc for the series, I don’t think book three would have been picked up. I find the writing style in the first book to be pretty basic and actually quite terrible. It was only at book three that I really began to enjoy the reading experience. Book one and two are necessary for setting out the storyline and introducing the characters, but for anyone (over the age of about 14) who enjoys reading, I think these are a necessary chore.

And for that reason, I chose a stand-alone.

Burial has a very simple storyline

Can your guiltiest secret ever be buried?

Nathan has never been able to forget the worst night of his life: the party that led to the sudden, shocking death of a young woman. Only he and Bob, an untrustworthy old acquaintance, know what really happened and they have resolved to keep it that way. But one rainy night, years later, Bob appears at Nathan’s door with terrifying news, and old wounds are suddenly reopened, threatening to tear Nathan’s whole world apart. Because Nathan has his own secrets now. Secrets that could destroy everything he has fought to build. And maybe Bob doesn’t realise just how far Nathan will go to protect them…

[Synopsis is taken from the back cover of the book]

The story for Burial is a simple one, girl dies and secrets are kept. It spans a period of about ten years I think and although some of these years are covered with the cursory, years later, you can forgive Neil this as the main events are covered in great detail and within a matter of pages, he is able to paint a realistic picture of the relationships which develop in the years not documented. True to life, it is the mundane which shows the passing of time and the extraordinary events which shape the actions and relationships of the main characters.

Neil manages to make you feel the pain of loss which is felt by the death of this girl as well as the regret and fear of the lead characters.

Note from the author

I wanted to tell a story where things just keep getting worse and worse for the main character. I wanted to write about guilt and ghosts and murder. But mostly, I wanted to entertain people, and frighten them. I wanted to keep them awake until the early hours.

In this respect at least, it turns out that that Burial was pretty successful. My new editor Francesca and I kept a nightmare tally.

Did I find this book scary? At times it was a little spine-chilling yes. I think for me though, reading takes away some of the fear factor, I am in control and I know I can put the book down at any time.

I did, in fact, have one nightmare, but perhaps because I read this book in several sittings over a series of weeks, I was not continuously immersed in the world and the characters lives to the extent that I would have been if I read it all in one or two sittings.

I really enjoyed this book and found that putting it down was quite hard. Unlike some though, it was easy to pick up again without having to re-read pages to discover where I had gotten up to. Like many of his other books, I feel this story would translate really well into a TV production. The fact that Neil Cross writes for TV shows in his writing style. The more I read and discover about authors, the more I realise that you can tell those authors whose job revolves around writing and those who do it as a side project or hobby.