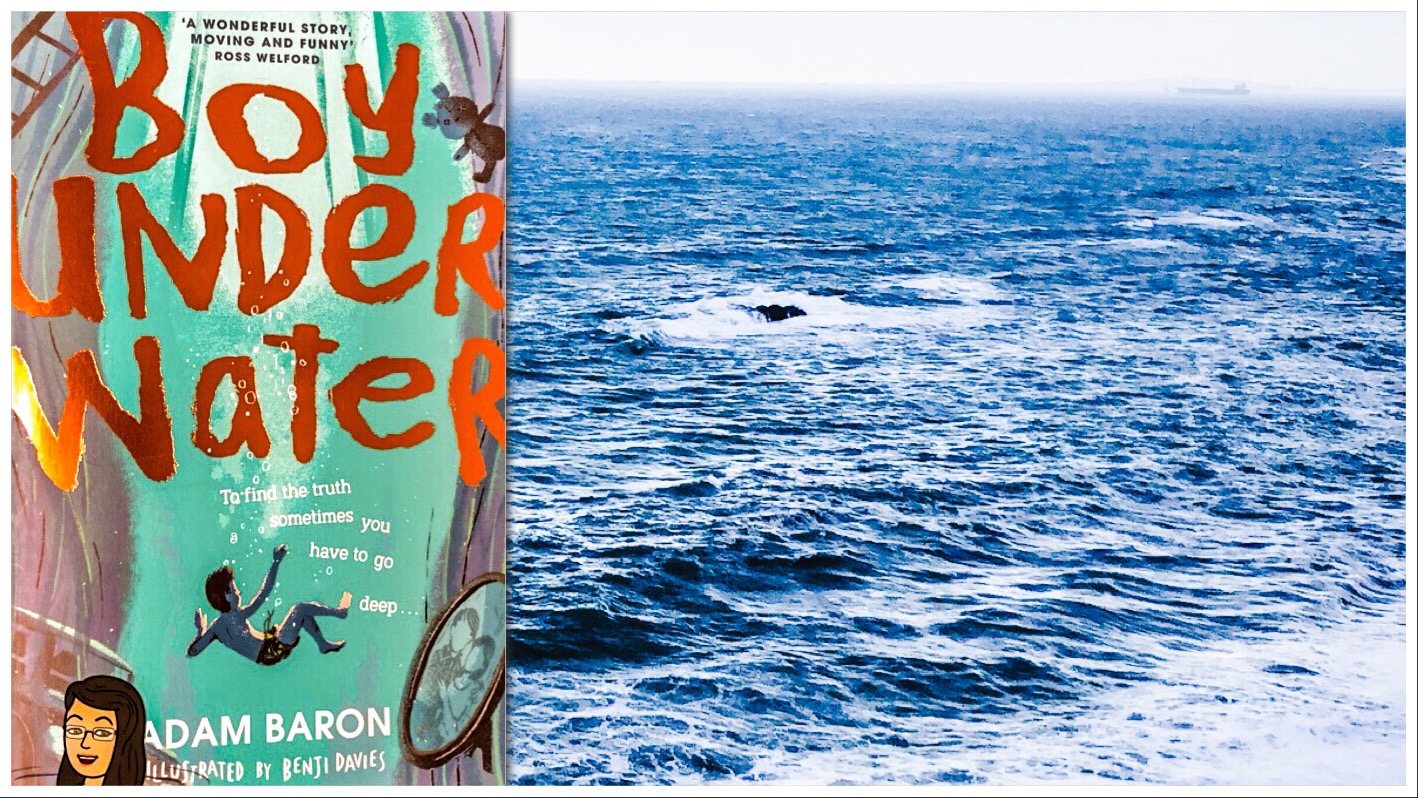 This book was described to me as “A beautiful story” and I have to say, the bookseller was correct, it is indeed beautiful.

Boy Under Water is described as “A HEARTBREAKING, HEART-WARMING story about FAMILY, FRIENDS and SECRETS, Boy Underwater will probably make you CRY – and will definitely make you LAUGH.” which is a pretty accurate description as it goes. Seeing the world through the eyes of a nine-year-old boy really does give the reader a different perspective unless of course, you are a nine-year-old boy, in which case I feel you will be able to relate.

One of the things I love about this book is its ability to break the boundaries of a traditional book. There are whole pages which feature words, having fun. in fact, there is a whole chapter made up of one picture and 7 words. This is really the only giveaway, except for the size of the text, which tells you it is a book aimed at children.

I used to run the book section in an out of town W H Smith store and one tip my boss gave me was this; “If you can’t tell if it’s an adult or a kids book from the title, front cover or subject matter, then go by the size of the text”. This is not, of course, an exact science, but it is a good approximation, usually, one of the other aspects will give you a better idea but often it is a combination of several aspects.

My friend has an eight-year-old and I cannot wait for him to read this book, it is the kind of book which will be enjoyed by adults and children alike.

Boy Under Water is illustrated by Benji Davies, an illustrator who has worked on numerous children’s books over the past ten years. His additions to the book are great and really add to the atmosphere and the storyline. I’d love to tell you more, but I don’t want to spoil it for anyone. So instead, here is a picture from one of the other books Benji has written and illustrated… 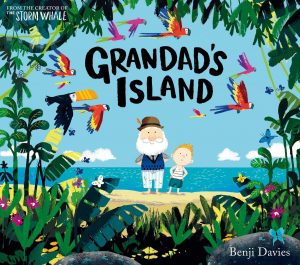 Adam Baron… has a light touch and brings humour to difficult subjects such as mental health. So, why not come in? The water’s lovely.

The Times – on Boy Underwater (edited quote to avoid spoilers)

I hadn’t even heard of Adam Baron before finding this book in my local Waterstones bookshop, but I am now most certainly going to be on the lookout for more of his work. His writing style is one which is inspiring, both pretty and ugly when the need arises and easy to read for both children and adults. This book is a children’s book and he most certainly does not talk down to them or shy away.

Yes, that is his name, something which is happy to point out and explain very early on in the book. Cymberline is the main character and the book is told from his point of view. He is competitive, friendly, nervous, thoughtful and good at sports, what more could you ask for from a nine-year-old hero. I found that I warmed to Cymberline very quickly, he is a loveable character and due to his age, you tend to overlook his flaws and his moments of nine-year-old annoyance, as you are seeing them from his point of view, you are seeing the other side to the tantrum.

Every school, every class has a girl like Veronique. A girl or boy who is years above the rest in educational development, someone who is so intelligent that they struggle to mix with their peers. Where it is possibly unlikely that a nine-year-old would understand stocks and shares to the level which Veronique does, she is portrayed very well by Baron. A girl whose intelligence is well beyond her years, but who has not learnt enough social graces to apply to adults who find her threatening.

Lance struggles with his name and his namesake’s reputation. A child of divorce, it is clear that this kid has learnt to bend the situation to his advantage, and fair play to him. I found that I felt sorry for Lance more than perhaps I should have.

The initial villain of the piece, your classic bully. But even Billy Lee has depth. Seeing things from a nine-year-olds perspective can really help you to see how horrible children can be. As an adult, the introduction and growth of Billy Lee’s character reminds us all that there is always more going on than meets the eye and no one really knows what another person is going through.

I won’t focus too heavily on the adults here. They, of course, make up a large part of the cast of this book and they push the story on. Without the adults, there would be no story, but they are also the ones which cause all the problems in Cymbeline’s eyes. The semi-alcoholic aunt, one workaholic uncle, one flakey uncle, a mother who is keeping secrets and a dead father, not to mention the teachers and other parents, Cymberline really struggles to get himself heard.

Having just finished this book today, I would totally recommend. It has twists and turns and gives a child’s perspective of some scenario’s which adults would try to hide from children, and as the story shows, children know more about what is going on that their parents suspect. Never underestimate a child when they get curious.

This is a well-written story from a point of view I’ve not very often read. It is a beautiful story and one which both children and adults will enjoy.