A mild Tuesday night in October and I join about 80 people streaming into the Compass Theatre to listen to Mark Billingham and Martyn Waites talk about their new books.

This talk was one of the author events from this year’s Hillingdon Culture Bites festival.
I was, of course, busy listening to these two talk, but I did manage to make a few notes. So below is a stripped down, paraphrased and heavily abridged version of my evening with Mark Billingham and Martyn Waites.

I’d describe it as Crime noir meets the wicker man. It is, like me,  based in Cornwall. It is broadly speaking, about a remote community dying as result of Brexit and what they, as a community, would be willing to do to save themselves. It is based on a true story and I was inspired by something I once said about my recent move.  “Living in Cornwall makes me feel like I’m in witness protection”
This book is the first of a new series.

Crime readers do not like it when they harm animals. This book has lots of harm to animals. No actual descriptions of violence, but it is based on the Croydon cat killer. I have had numerous conversations with the police force working on this case and it is absolute nonsense that it is foxes killing these cats.
One far-out theory that they had during the investigation was that the killings were being carried out by a crazed ornithologist.  It’s always the peculiar little stories, not big headlines that inspire crime writers.

Martyn Waites – Ideas are not the hard bit. The trick is finding out which ones work.
Mark Billingham – I usually start with an opening scene, a scene which leaves me and the detective with lots more questions. The first chapter should leave you, the reader, asking questions. You need the first chapter to hook a reader.

Neither Mark nor Martyn are big planners now. Martyn says that he used to be meticulous in his planning, with whiteboards and sticky notes all over the place. But it’s more fun not to plan. Often times they will have their editors asking “What happens next?” or “What happens to such and such character?” and the answer is always “I couldn’t tell you, I don’t know yet.”

Writing as a job.

Mark Billingham – I do actually have a whiteboard in my office, do you know what it says? 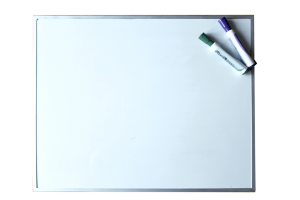 It is as simple as that. No detailed plans of who my characters are or where the story is heading.

The reality is that writing is a job. Not a 9-5 job, but a job just like any other.

Both very down to earth guys, they tell it like it is.

Being a commercial crime writer

They go on to tell us about the timescales for commercial authors and the expectations of both the readers and the publishers. The basic gist is that a commercial crime writer is to publish about one novel per year and ususllay it occurs that whilst they are publicising their new novel, they are working on their next one.

Considering the nature of their work, they are both very humorous and they speak about how there is little rivalry amongst commercial crime writers, this is down to the readership being vast.

“Just because you read a Michael Connolly, it does not mean you won’t then go on to read a Mark Billingham. We love that about our readers. And it means we don’t have the same rivalry as other genres.” (I’m paraphrasing here).

Both Martyn and Mark say that crime writers have a lot of fun because of this. In fact, Bloody Scotland (the crime writers literary festival) sees a five-a-side football match and the authors tend to drink at the bar with the patrons, rather than at their own private bar in a screened off area.

Martin also tells us that he “Is in a band” with several other crime writers. The Fun Lovin Crime writers.

Questions for the authors

When asked about the casting of one of his characters in the Thorne tv series, he states that he wasn’t his first choice either and some decisions were made about the character’s appearance based upon the actor’s preferences. Mark does go on to say though;

“Do you see Tom Cruise when you read a Reacher novel? No!”

And I agree. I was very sceptical about Jack Reacher Being played by Tom Cruise in the same way I was, and still am a little put out by Harry Bosch being played by Titus Welliver.  That being said, I still watch and enjoy both.

Why write under different names?

Martyn has written six books under the pseudonym of Tania Carver. Why? Because he could. It all came about when his publicist agonised over the fact that he was lacking a high concept female thriller writer. Martyn to the rescue. He thought, I could do that, and so he did.

Martyn says – As an actor, I learnt to say I could do anything and that is how Tania was born. Six novels later and she is still going strong.

He then tells us about her ‘coming out’ party which certainly gets the audience laughing.

This evening was a great night’s entertainment. A mixed audience of men and women, although an average age of about 50 with me being one of a handful of young people in the crowd, which really did surprise me. I suppose it just goes to show that reading for pleasure is still something that is predominantly done by the older generation. Or perhaps this was just a freak coincidence.