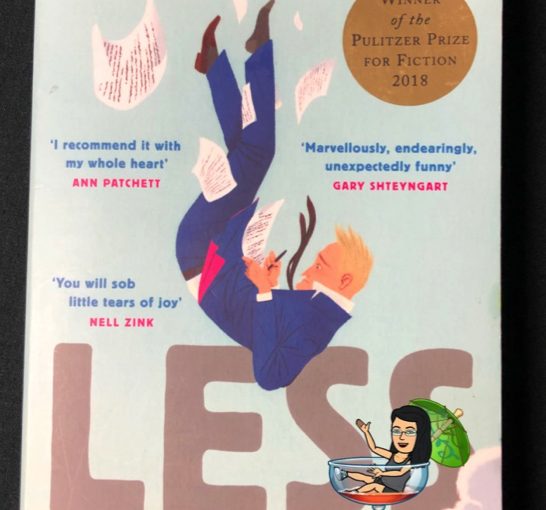 This is a book about a mid-life crisis.

I may not be a homosexual American man facing turning fifty imminently, but I can still relate to the character of Arthur Less, as I think many of us can. Rather than face the uncomfortable truth that his lover of nine years has chosen to marry another man, Less embarks upon a trip around the world and whilst doing so, faces the prospect of turning fifty alone.

I’m not going to lie, this is where I see myself at 49, failed relationships haunting me, regret at life unlived, wanting to run away from my problems. Hell, that’s what I feel like already some days.

The only redeeming thing about Less is that he is a published author and even he feels as though that isn’t enough. His work on his current novel isn’t going well and really it is probably this, combined with the news of his ex’s wedding which pushes him to run away.

Who says you can’t run away from your problems?

Arthur Less is a failed novelist about to turn fifty. A wedding invitation arrives in the post: it is from an ex-boyfriend of nine years who is engaged to someone else. Arthur can’t say yes – it would be too awkward: he can’t say no – it would look like defeat. So he begins to accept the invitations on his desk to half-baked literary events around the world.

From France to India, Germany to Japan, Arthur almost falls in love, almost falls to his death and puts miles between him and the plight he refuses to face. Less is a novel about mishaps, misunderstandings and the depths of the human heart.

Winner of the Pulitzer Prize for Fiction 2018, this book is very well written. It paints a beautiful picture of each of the cities that Less visits and the people that he meets.

I found the structure of this book to be easy to read. Each chapter covers a different city or a different event in Less’s journey. It was a great book to read in amongst others, the subject matter was different to each of the other books I was reading at the time and the chapter structure made it easy to pick up and put down.

The writing is eloquent and the vocabulary used is most certainly award-winning. I found myself looking for my thesaurus just to feel more intellectual.

Less seems to find Love in one form or another in every city he visits. He is loved by his friends and his old flames and dalliances, rarely do you find a character this flawed who seems to land on his feet so often. Sure he has his major setbacks in life, but this just makes him more realistic.

Andrew Sean Greer has written six novels and a plethora of short stories. He has won many awards and Less has won him the Pulitzer prize for fiction in 2018.

This makes total sense. Greer is a great writer, one who clearly excels at any subject which he puts his mind to. 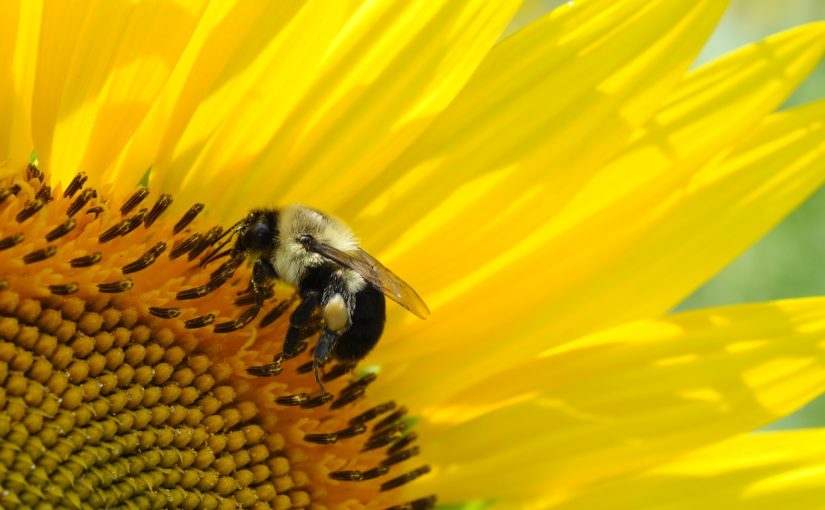 This book is more a book about human relationships much more than it is a story about bees. Past present and future are brought together under the same overarching subject. The three main characters are driven by these creatures in different ways. Bees bring these three characters together with a unity across the ages.

The first half of this book is fairly slow moving, unlike a lot of what I have read recently ‘ History of Bees’ does not have sudden surprising events, it is powered by the emotive narrative and the character’s story rather than a series of high-intensity events.

Each character suffers a life-changing event throughout the duration of the book. When we meet William, it seems as though he has already suffered a life-changing event, one which has driven him to seek refuge in his bed. But as his story arc unfolds, you realise it is not that simple and William still has a lot to give and a lot to learn. You follow him on his ups and downs, experiencing his euphoria and his pain in equal measure as if it were your own.

Next comes Tao, we witness her heart-wrenching tragedy early on in the book and from then on we follow her on her quest to find her son and the truth. Being that Tao’s storyline is set in a fictitious future, it is her who truly and eventually brings all three timelines together as one.

Lastly, George, as flawed as his character seems, his problems appear to be of his own making; but when colony collapse finally takes his hives, you can’t help but feel a little heartbroken along with him. Although he is my least favourite character in the book, you really do empathise and sympathise when disaster strikes.

Lunde’s writing style really helps you to feel the emotions of the characters with them. She creates a deep sense of empathy with the characters. When William’s son ignores him, you feel it, when Tao’s son is out of her reach, you empathise and when George’s son is fearful, you want to comfort him too. 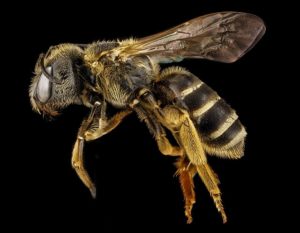 From the Inside Flap

***THE NUMBER ONE INTERNATIONAL BESTSELLER***
‘Fans of Cloud Atlas and Never Let Me Go will love The History of Bees’ Good Housekeeping
‘Dystopian and electric, this book is set to blow minds everywhere’ Stylist
‘Haunting and poignant … an important and wonderful book’ Dave Goulson, bestselling author of Bee Quest

In the spirit of Station Eleven and Never Let Me Go, this dazzling and ambitious literary debut follows three generations of beekeepers from the past, present, and future, weaving a spellbinding story of their relationship to the bees – and to their children and one another – against the backdrop of an urgent, global crisis.

England, 1851. William is a biologist and seed merchant, who sets out to build a new type of beehive-one that will give both him and his children honour and fame.

The United States, 2007. George is a beekeeper and fights an uphill battle against modern farming, but hopes that his son can be their salvation.

China, 2098. Tao hand paints pollen onto the fruit trees now that the bees have long since disappeared. When Tao’s young son is taken away by the authorities after a tragic accident and is kept in the dark about his whereabouts and condition she sets out on a gruelling journey to find out what happened to him.

Haunting, illuminating, and deftly written, The History of Bees joins these three very different narratives into one gripping and thought-provoking story that is just as much about the powerful relationships between children and parents as it is about our very relationship to nature and humanity.

Praise for The History of Bees 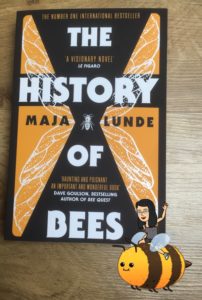 ‘Spectacular and deeply moving. Lunde has elegantly woven together a tale of science and science fiction, dystopia and hope, and the trials of the individual and the strengths of family’ Lisa See, New York Times bestselling author

‘Such is the genius of debut novelist Maja Lunde that her tale of three eras-the long past, the tenuous present and the biologically damned future-is strung on the fragile hope of the survival of bees’ Jacquelyn Mitchard, New York Times bestselling author

‘As a lover of honeybees and a fan of speculative fiction, I was doubly smitten by The History of Bees. Maja Lunde’s novel is an urgent reminder of how much our survival depends on those remarkable insects. It is also a gripping account of how-despite the cruellest losses-humanity may abide and individual families can heal’ Jean Hegland, author of Into the Forest

‘By turns devastating and hopeful, The History of Beesresonates powerfully with our most pressing environmental concerns. Following three separate but interconnected timelines, Lunde shows us the past, the present, and a terrifying future in a riveting story as complex as a honeycomb’ Bryn Greenwood, New York Times bestselling author

‘Here is a story that is sweeping in scope but intimate in detail’ Laura McBride, author of We Are Called to Rise

‘She does everything right […] She paints on a broad canvas, the topic is highly important and the language is both comprehensive and precise’ Geir Vestad, Hamar Arbeiderblad

‘One can easily understand the buzz …’ Maria Årolilja Rø, Adresseavisa

‘The settings portrayed in the novel are impressively visual and each character is perfectly naturally rooted in his or her own era and environment’ Janneken Øverland, Klassekampen

‘Maja Lunde will reach a big audience with The History of Bees. (…) She has written a novel many will read in one go, and then sit down and think, about life, the world and the future. That is unique and it is very well done’ Annette Orre, littkritikk.no

‘The History of Bees is a fascinating and brilliantly written novel that elegantly moves between the various stories and timelines’ Oddmund Hagen, Dag og Tid

George’s story is set in the present, he operates a farm of beehives. His storyline focuses on the dysfunctional relationship he has with his son.
William’s storyline is set in the past. He is crippled with self-doubt and no amount of research seems to herald the answer to his problem. – someone who I can most certainly relate to, someone who takes to his bed rather than face the failures which life throws at him.
Tao is the future, a desolate future which may well become a reality if we do not take care of the bees. A relationship with her parents which is all too familiar to me. Backbreaking work for a person who does not fit in. Her one solace is her family and the time she spends with them. When this is threatened, she will do everything to get back to the harmony of her family.

Full of historical references, Maja Lunde certainly does her research. History of Bees also includes an education in many other areas including coffee. When I was a kid, my uncle kept bees in his garden, each summer I would don the white beekeeper’s suite (always several sizes too large for me) and head out with him to tend to the hives. I loved it. Learning about the bees, their home and the way they made honey just fascinated me. This book has reignited some of that enthusiasm, so much so, I’ve started looking into owning my own hive, or at the very least a lone bee home.

Lunde has a great way with storytelling. Seamlessly moving from one chapter to another. Her style reminds me of a well thought out mixtape where the theme or rhythm of one song leads perfectly into the next. It flows well, no jitteriness between chapters, which I found surprising considering that the three characters and the three periods in time are so fundamentally different. But are they? Is it just the bees which bring these three characters lives together, or does their scholarliness, their melancholy and their dysfunctional relationships with their family bring more unity than they seem?

Lunde is a Norweigan author. Her earlier work is mainly in the field of young adult and children’s novels, but like all great authors, she spans genres and sub-genres brilliantly.

I love this book! I would recommend it to anyone. I read this book feeling as though I was reading a Nobel or a Man Booker, but without the pretentiousness that I often feel comes with them.